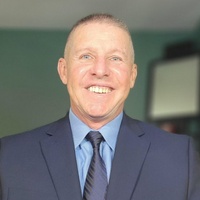 Stephen D. Chaput is a retired Deputy Chief of Police from the Dracut Police Department where he worked from 1987-2021. Stephen was a member and served as Commander of NEMLEC SWAT and Regional Response Team. He responded to 2 Presidential Inaugurations, the Boston Bombing, Watertown Incident and over 1000 critical incidents with NEMLEC and DPD. He was awarded the George L. Hanna Award for Bravery in 2006 by the Governor of Massachusetts.

Stephen was a member of the Massachusetts Army National Guard from 1981-1987, and taught Criminal Justice at Hesser and Mt. Washington Colleges as an Adjunct Professor for 10 years.

Stephen joined CWM in 2021 after retiring from law enforcement. He brings the same passion and professionalism to developing financial strategies for clients as he did in his dedicated career in law enforcement. He was awarded the Platinum Pacesetter Award from Penn Mutual in December 2021.