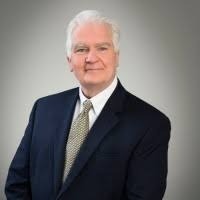 Brian began working in the financial services industry in 1978 with American Mutual out of Wakefield, Ma. and has developed over the years a comprehensive book of business including business owners , CPA's and Lawyers.

Outside of his role as a financial professional, Brian has been  actively involved in public service in his community of Springfield, Ma.for the past 45 years as  member of the Springfield City Council, Election Commissioner and Western Mass Liason for the Secretary of State's office. Brian has also been Board Chairman of the Springfield Mass. Parks Commission for over 12 years. Brian recently became Chief of Staff Golden Years Homecare Services with his brother Vincent and his best friend Cesar Ruiz Jr. as CEO.They currently employ over 600 people and are one of the fast growing, privately held Homecare Companies in Massachusetts

Brian's current licenses include Life, Accident, Health, Massachusetts Real Estate License  and is studying for his Series 7 Finra licence along with his SCSA designation.

Brian is married and lives in Springfield, Ma. and his daughter Dr.Briana Santaniello, MBA lives in Newport Rhode Island.